Home » News » iPhone 13 Could Arrive on Time, No Delays Planned

iPhone 13 Could Arrive on Time, No Delays Planned 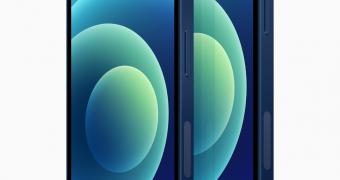 Apple has just launched the iPhone 12, but needless to say, the company is already working on the next-generation model, and by the looks of things, there’s a good chance this device actually launches as per the typical release calendar.

In other words, the Cupertino-based firm isn’t planning a delay for the iPhone 13 and the new model could therefore land in September.

The timing was changed for the first time with the release of the iPhone X, which went on sale in October, while the launch of the iPhone 12 this year was divided into separate releases in October and November.

Apple analyst Ming-Chi Kuo says Apple believes the production of the A15 chip, which is projected to power the iPhone 13, could arrive according to the timing calendar, and this is an indication the new models could also be here in September.