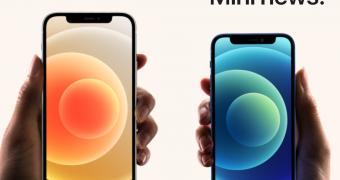 Apple has started taking pre-orders for the iPhone 12 and iPhone 12 Pro on Friday, and just as expected, the existing inventory sold out pretty quickly.

While those who managed to pre-order a unit are still on track to receive them the next Friday, those who want to purchase an iPhone 12 today won’t get it sooner than early November.

This is because Apple has pushed back the delivery times to early November for specific iPhone 12 Pro models, while others won’t be here by mid-November. A similar thing has happened in the case of the iPhone 12 as well, with only a few versions still coming with an October 23 shipping date, while others are now projected to arrive at your door in early November.

This isn’t necessarily surprising, especially because Apple has previously been rumored to be struggling with inventory problems.

But on the other hand, people familiar with the matter claimed that Apple expects the i… (read more)