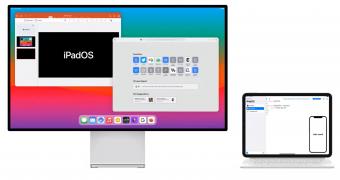 Apple is projected to take the wraps off the new iOS 15 and iPadOS 15 in the fall of this year, with a preview to be showcased at the WWDC in the summer.

But until this happens, the company has remained completely tight-lipped on everything related to these highly anticipated updates, so nobody knows for sure what improvements and newer features they are supposed to bring to users out there.

In the meantime, however, concept designer TheHacker34 has come with their very own version of iPadOS 15, therefore imagining how the iPad operating system would evolve with the next big iteration.

And what’s more, the concept also proposed features that would make the iPad a better alternative to Windows 10 PCs, including things like resizable windows and secondary screen support.

Preview at WWDC in just a few weeks

While iPadOS 15 is clearly a highly anticipated release, it shouldn’t take too long before we finally get an early look at this update.