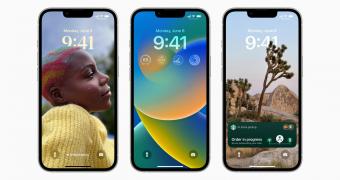 Apple’s upcoming iOS 16 is going to be a major release for iPhones out there, and as it turns out, the company is planning to add even more features than it initially announced at WWDC earlier this year.

The most recent beta build, for example, includes a new “Copy and delete” option for screenshots, therefore making it easier for users to keep their photo gallery clean.

As someone who takes screenshots regularly, this new feature certainly comes in handy. Keeping useless screenshots away from the photo gallery is extremely important, as they could mix with the camera photos in the “all” view and make it much harder to find a specific image.

However, with the new option, users can copy the image and then have it deleted automatically. Given it’s copied to the clipboard, it can then be pasted into another app, such as a new mail or text message.

As said, iOS 16 will come with lots of new features, including a redesign of the … (read more)