Home » News » iOS 16 Likely to Be a Major Upgrade, No Major Redesign Though

iOS 16 Likely to Be a Major Upgrade, No Major Redesign Though 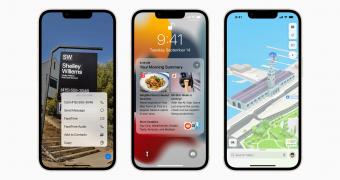 The month of September is projected to bring us not only a new generation of iPhones, but also an operating system update, with iOS 16 expected to be previewed at WWDC in two months.

Naturally, many people expect iOS 16 to be a massive update, and according to Bloomberg’s Mark Gurman, they are not wrong.

This is exactly what the next iOS version is going to be, though aesthetically talking, it may not bring a massive facelift. The iOS interface hasn’t changed too much in the last few years, and even Gurman himself admits the look that debuted back in iOS 7 may not get a dramatic update this year.

On the other hand, iOS 16 is still expected to come with several notable goodies.

And one of them concerns the notifications, though, at this point, no further specifics are available. Of course, Apple has remained completely tight-lipped on everything regarding its next operating system update, and thi… (read more)