iOS 16 Could Come with Interactive Widgets 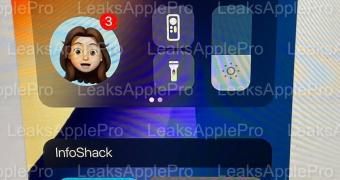 Apple’s next big software update for the iPhone is iOS 16, and according to the company’s typical release calendar, a preview should be offered at WWDC in the summer.

Needless to say, given it’s such a massive release, iOS 16 is expected to come with some pretty notable changes. And according to LeaksApplePro, one of them is likely to be support for interactive widgets.

iOS 16 could include a so-called InfoShack feature, which is essentially a new widget model that allows users to interact with it.

Just think of it this way: using the widget, you’d no longer have to open a media application but simply press the displayed controls to pause or play the music.

This is something that should have been there from the very beginning, but the current implementation leaves a lot to be desired. iOS widgets are static and don’t do much, but even so, Apple praises them on every occasion.