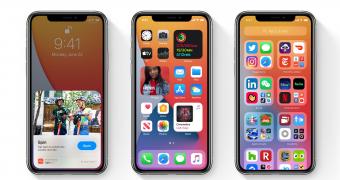 Apple has already launched iOS 14, the Apple Watch Series 6, and the new iPhone 12, so the company can now move its attention to software updates that can help improve the experience even further.

The next stop in terms of software updates is iOS 14.2, which is currently in testing and is available today for both developers and public users.

And because the development of this release advances, Apple today announced iOS 14.2 public beta 3, which means that all users can try out the new update on their devices.

iOS 14.2 is supposed to bring several improvements, including new Emoji 13 smiley faces and support for a Shazam music recognition feature right in the Control Center.

While many users are tempted to install these beta builds to try out new features in advance, it’s important to keep in mind that early software comes with an increased likelihood of issues, so you’re not recommended to download today’s release on your main dev… (read more)