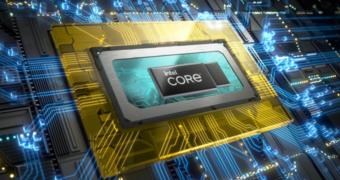 If you still needed more evidence that competition is a really good thing, here’s the long-distance battle between Intel and Apple that pushes the two companies to invest more in chip development and therefore achieve performance figures nobody believed would be possible.

While Apple has long claimed that its very own M1 chip is faster than Intel’s processors, it looks like things are about to change.

According to Intel itself, this is the fastest mobile processor ever created, and the company specifically compares it to the Apple M1.