If Your iPhone Experiences High Battery Drain on iOS 15, You’re Not Alone 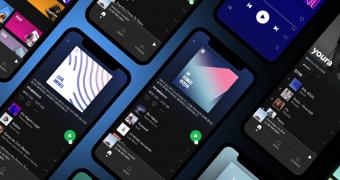 Apple rolled out iOS 15 last week, and just as expected, plenty of users rushed to download and install the new operating system on their iPhones.

But as it turns out, doing this wasn’t necessarily a good idea for Spotify users, as their iPhones are now experiencing a massive battery drain apparently caused by the music streaming app.

While at first it wasn’t necessarily clear what was causing the whole thing, so many people blamed the iOS 15 update itself, Spotify has confirmed in a forum post that it’s investigating the problem, acknowledging that a high battery drain could be caused by its app on iOS 14.8 and 15.

“Thanks for your reports about battery drainage while updating from iOS 14.8 to .15 on both firmware versions during the past days. We’ve passed your info on to the relevant team and we can confirm they are currently looking into it,” a Spotify post <a href="https://community.spotify.com/t5/Ongoing-Issues/iOS-High-battery-drain-with-Spotify-on-iPhones-… (read more)