Home » News » If You Already Updated an iPhone to iOS 14.2, You’re Now Stuck With It

If You Already Updated an iPhone to iOS 14.2, You’re Now Stuck With It 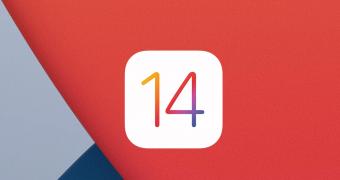 Apple rolled out iOS 14.2 a few days ago, and the company moved pretty fast to make sure that users wouldn’t downgrade to the previous version of the operating system.

So today, the Cupertino-based tech giant confirmed that it stopped signing iOS 14.1, which means that if you already installed iOS 14.2, you’re pretty much stuck with it.

What would anyone want to downgrade to an earlier version of iOS? you could ask.

There are two reasons why going back to an older version of the operating system is something that many users are interested in.

First and foremost, it’s the obvious performance struggle. If something goes wrong on iOS 14.2 and a specific feature isn’t working as planned, the easiest way to deal with the whole thing is to go back to iOS 14.1, which is pretty convenient if a backup has also been created.

And then, it’s because older versions of iOS are often the ones that are easier to jailbreak. Believe it or not, but t… (read more)