How Apple Resolves the Problem of Apps Secretly Accessing Your Clipboard 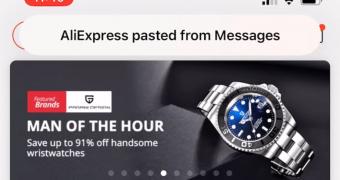 Not a long time ago, a duo of developers discovered that a series of apps for iOS silently access the clipboard every time they are launched.

In other words, Talal Haj Bakry and Tommy Mysk found out that many apps installed on iPhones, including several with millions of downloads from the App Store, actually get access to anything that’s copied to the clipboard, no matter if it’s sensitive data or not.

And because so many people copy super-important things to the clipboard, including passwords for their accounts, the privacy concerns were pretty obvious.

As a matter of fact, even users who rely on password managers to protect their passwords were affected. Enpass, which is one of the most popular cross-platform password managers, automatically clears the clipboard after 30 seconds when users copy passwords from the app. In other words, if you copy a password from Enpass, the clipboard is automatically reset after half a minute.

But if in that half a minute you la… (read more)