GPS Tracking Broken Down on the Apple Watch After watchOS Update 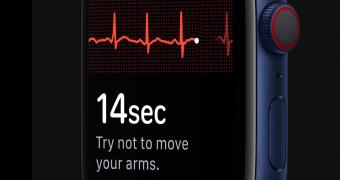 Apple rolled out watchOS 7 earlier this month with much fanfare after the typical iPhone event that was held in September was dedicated entirely to the new Apple Watch.

And while the software update obviously comes with lots of improvements, including sleep tracking, it looks like it also brings a new problem to Apple Watch owners.

It’s related to GPS tracking, which has apparently been broken down after the update. Users complain on Apple’s forums that no GPS information is logged for their workouts.

“I used the Outdoor Walk activity on my Watch, but this time didn’t take my iPhone. When I returned, and attempted to upload the activity to Strava, I received a warning that no GPS/route data was present. I checked the Fitness and Health apps, and sure enough, there was no route on the map – only the starting point,” one Apple Watch owner explains in a thread spotted by <a href="https://9to5mac.com/2020/09… (read more)