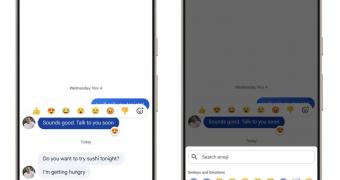 Google’s struggle to convince Apple to use Rich Communication Services, or RCS, continues, this time with a dedicated post in which the search giant specifically criticizes its rival for sticking with an old approach.

While Apple has rarely talked about RCS making its way to iPhones, with CEO Tim Cook previously saying there’s no interest from users on this front, Google highlights the main advantages of this standard in its post.

One of them is the security offered by RCS, as it uses end-to-end encryption. When iMessage is not available, Apple’s text messaging system uses the traditional SMS, which obviously does not support such security capabilities.

“RCS enables end-to-end encryption, while SMS does not. This means that all one-on-one texts sent using Messages by Google, for example, are encrypted, so they’re private and safe and can only be… (read more)