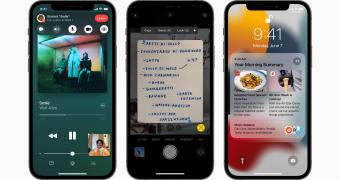 While Apple has just released a new stable update for iOS 15, everybody is eagerly waiting for iOS 16, the next major operating system version for the iPhone.

Scheduled to land in the final form in September when Apple announces the new-generation iPhone, iOS 16 will also get a preview at WWDC in just a few weeks.

And as per Apple’s typical approach, the very first beta build of iOS 16 should go live shortly after the unveiling at WWDC, therefore giving developers and public testers the opportunity of trying out the new operating system early.

But this year, the first public beta will arrive later than usual, according to Bloomberg’s Mark Gurman. This is because the existing testing build that Apple originally wanted to ship to public testers is actually rather buggy, so the company will hold back the public beta until July, just to make sure that a more stable experience can be offered.