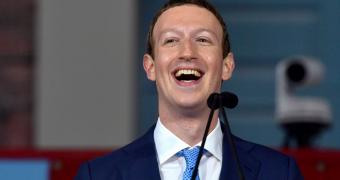 Facebook’s and Apple’s CEOs aren’t exactly best buddies these days, and some of the comments made lately appear to have fueled this long-distance conflict.

Mark Zuckerberg, for instance, was so angry with one of the statements released by Tim Cook that he decided to force all Facebook executives to give up on their iPhones and make the total switch to Android.

While a handful of executives giving up on iPhone would have a rather insignificant impact on the Apple user base, Zuckerberg reportedly pressured his teams to embrace Android after Apple’s CEO criticized the social network’s management for the way they handled user privacy.

An article from The New York Times and dissecting the most recent Facebook scandals includes tidbits about this uncanny idea, adding that the decision has been made after a Tim Cook interview with MSNBC.

Most likely, the statement that … (read more)