Everything You Need to Know About Apple’s watchOS 7 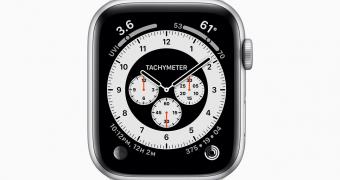 Apple has officially announced watchOS 7 at the company’s developer conference today, and just as expected, this new version comes with a series of improvements and new features that have long been requested by customers worldwide.

First and foremost, it’s sleep tracking. Yes, sleep monitoring is finally coming to the Apple Watch, years after it made its debut on the likes of Fitbit and Garmin devices.

On the Apple Watch, the sleep tracking feature will do exactly the same thing as on other smartwatches, so it’ll monitor things like how much you’re sleeping and then provide you with an overview of the periods of wake and sleep. Charts will be offered weekly to determine how you’re improving sleeping.

Together with the new sleep tracking, watchOS 7 also introduces a new alarm system.

“To help users wake up, Apple Watch offers a silent haptic alarm or gentle sounds, while the wake-up screen shows the current battery level. Depending on personal cha… (read more)