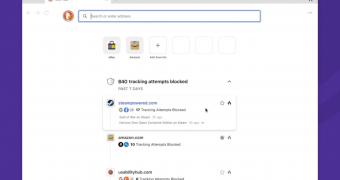 DuckDuckGo has officially announced its very own Mac browser, though users can give it a go by joining a waiting list and then hoping their turn to install the app comes sooner rather than later.

Available as a beta, DuckDuckGo for Mac is based on the native macOS rendering engine, so it uses the same technology as Safari.

And according to the parent company, the performance figures of the app are pretty impressive.

“DuckDuckGo for Mac is really fast! By using your computer’s built-in website rendering engine (the same one Safari uses), and by blocking trackers before they load (unlike all the major browsers), you’ll get really fast browsing. We’re already faster than Chrome on some graphics performance (using the Motion Mark 1.2. benchmark) and as an additional benefit, by blocking trackers, DuckDuckGo uses about 60% less data than Chrome!” the company says.

A Windows version is also coming

Needless to say, DuckDuckGo for Mac is first and forem… (read more)