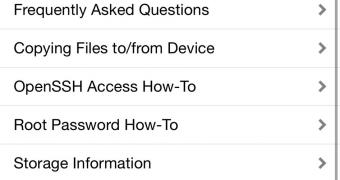 Apple has announced the very first preview of iOS 14 only a few days ago, with developers enrolled in the company’s testing program allowed to give it a try and try out all the improvements that were revealed at the WWDC.

And now here’s something that the Cupertino-based tech giant didn’t see coming: a jailbreak for iOS 14 is already in the works, and the chances are it’d be ready faster than the company expected it.

checkra1n developer Sam Bingner recently tweeted a screenshot showing Cydia running on iOS 14, suggesting that the work on a jailbreak for the new iPhone operating system progresses well and the release could happen rather sooner than later.

Certainly, there are many things that the checkra1n team has to deal with before rolling out the new jailbreak, but the screenshot published this week shows that despite Apple’s efforts, the jailbreak world is here to stay on Apple’s fla… (read more)