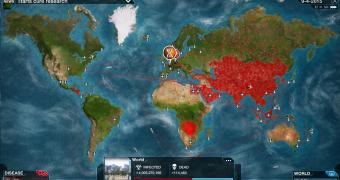 The Coronavirus outbreak has generated an unexpected increase in the number of downloads recorded by iPhone game Plague Inc. in the Chinese App Store.

Data shared by Daniel Ahmad on Twitter reveals that the number of people searching for this particular game has increased so much that Plague Inc. eventually became the number one paid iPhone app in China.

“China’s health commission confirmed recently that the Wuhan coronavirus, a new pneumonia like disease, had spread to around 300 people. This news has caused Plague Inc, a strategy game about a deadly plague that infects the world, to reach #1 on the paid iOS game chart in China,” Ahmad tweeted.

Plague Inc. is a game that allows players to control a pathogen specifically created to destroy the world, essentially by infecting the entire population of the planet.