Choosing an iPhone Is About to Get Way Too Complicated 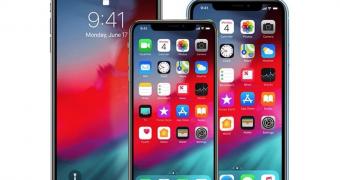 The current iPhone generation consists of three different models, so choosing the right iPhone really shouldn’t be a difficult thing to do.

And the differences between these three models makes the whole job even easier, as iPhone 11 comes with LCD and a dual-camera configuration, while the more premium iPhone 11 Pro and Pro Max feature OLED and a triple-camera setup among other things.

But buying an iPhone could become a lot more complicated beginning as soon as 2020, as Apple is planning to make a series of changes to its device lineup that aren’t necessarily impossible to understand, but which at first glance only fuel the confusion regarding the direction the company is heading towards.

Well-known Apple analyst Ming-Chi Kuo from TF International Securities says the Cupertino-based tech giant will launch not one, not two, not three, but five different iPhone models next year. And it all starts with the second-generation iPhone SE in the spring.