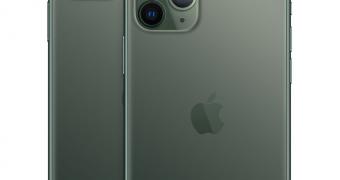 The launch of the new-generation iPhones is one of the most anticipated moments of the year in the tech world, and despite the delay that pushed the typical unveiling from September to October, the addition of 5G across the entire lineup is certainly a massive upgrade.

Not everybody sees it as a breaking change on the iPhone though, as AT&T Communications CEO Jeff McElfresh believes the launch of the new models won’t be a massive event.

“I do believe that you will see many of the iPhone subscribers move to upgrade to the device,” McElfresh told CNBC. “But I wouldn’t forecast that it’s going to be a massive event. I also don’t think it’s going to be a nonevent. I think customers, based on the pressures of the economy that we’re all facing today, will make a calculated decision as to what they want to do. And we’re going to be there to offer them any dev… (read more)