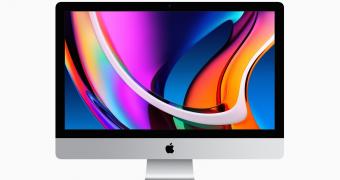 Apple is working on several new devices, and one of them is a new 27-inch iMac Pro that could see the daylight in the first half of 2022.

And according to Apple tipster @dylandkt, the new iMac Pro will feature a massive hardware upgrade, starting with the processor.

The device will be equipped with M1 Pro and M1X chips, and the base version will sport no less than 16GB of RAM. Furthermore, the standard configuration will feature 512GB of storage, though it goes without saying several other options will be available in terms of both RAM and storage.

While it’s not yet known if a notch could make its way to the device, the tipster says dark bezels will be offered anyway.

What’s interesting is that Apple already tested Face ID on this device, but at this point, it’s not clear if the facial recognition system makes its way to the new iMac or not.