Apple’s Most Surprising 2020 iPhone Could Be “iPhone 9” 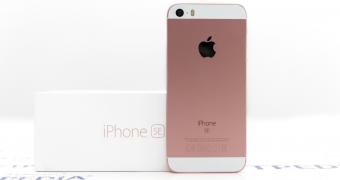 Apple’s 2020 product roadmap mentions a total of five different iPhones, including a second-generation iPhone SE likely to see daylight in the spring.

We’ve known for a while that the iPhone SE 2 could use the body and feature lineup of the iPhone 8, but according to a new report, this device may land with a totally-surprising name.

Japanese blog Macotakara, which has a good track on Apple scoops, cites a source allegedly familiar with Apple’s plans as saying that the second-generation iPhone SE could be called… iPhone 9.

While the reasoning for Apple calling this new model iPhone 9 is hard to be determined, the naming could only make sense given the resemblance with the iPhone 8.

As said, the second-generation iPhone SE will use the iPhone 8 as a start… (read more)