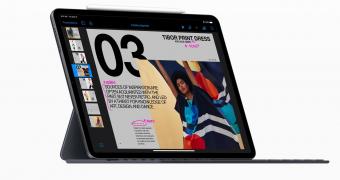 Back in 2012 when Microsoft launched the original Surface RT, Apple laughed of this attempt to combine the world of tablets and laptops, suggesting the 2-in-1 market had no future.

Several years later, Apple actually launched its very own iPad Pro, which is essentially an iPad with a keyboard that helps expand its purpose beyond the standard tablet form factor. It’s a 2-in-1 whose concept looks a lot like the one that brought the Microsoft Surface to life.

And now it looks like Apple is ready to go a step further by improving the mouse support on the iPad because, as everyone knows, working on a 2-in-1 is something that’s a lot more convenient with a mouse.

According to reports this week, iOS 14 and iPadOS 14 will include additional improvements which essentially take the external mice s… (read more)