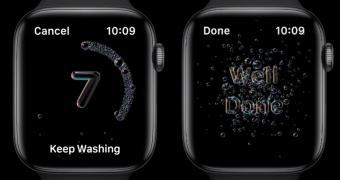 One of the new features coming to the Apple Watch with the release of watchOS 7 is a hand-washing tool, which is supposed to help users determine if they’re washing their hands correctly.

Needless to say, this is a feature that comes just at the right time, as one of the recommendations coming from the WHO in the fight against the new global health crisis is washing the hands thoroughly after going out.

So naturally, this made many believe that Apple rushed to make the whole thing happen, which at some level actually makes sense. Everybody is aware of the handwashing recommendation, so Apple probably started the work on a watchOS feature that comes just at the right time.

But this isn’t actually the case, as Apple actually decided to bring such a capability to its smartwatch many years ago. In other words, it’s something that just didn’t happen overnight, as Apple claims in an interview with <a href="https://techcrunch.com/2020/06/29/apple-began-work-on-the-watchs… (read more)