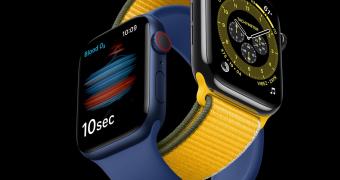 Apple is getting ready to launch a new-generation Apple Watch, with the official unveiling to take place as soon as the next week, but as it turns out, there are bigger upgrades planned for the 2022 model.

More specifically, Apple is expected to equip the Apple Watch Series 8 with a body temperature sensor, though for now, it’s not exactly clear how this is going to work.

Right now, the smartwatches that can track the body temperature, such as the Fitbit Sense, determine a baseline for each user and then issues an alert when the detected value doesn’t align with it.

The Apple Watch sensor, however, could measure the body temperature in real time by providing an actual value, though as said, this is something that remains to be seen when the device goes live.

On the other hand, this year… (read more)