Apple Watch Series 7 to Launch with Time to Walk Feature 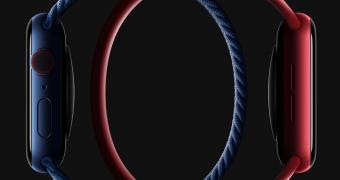 Apple’s new Apple Watch Series 7 is expected to launch next month, and according to people close to the matter, the device is likely to embrace a slightly improved design with flat edges similar to the iPhone 12.

In other words, the new watch will look more like a small iPhone 4 on the wrist, which let’s be honest, isn’t really such a bad idea.

Bloomberg reporter Mark Gurman has now disclosed another feature coming to the next-generation Apple Watch: it’s Time to Run, a service previously available for Apple Fitness+ subscribers and which includes audio stories to listen to while working out.

While it’s not exactly clear how the whole thing is going to work, Apple will most likely allow the Apple Watch to stream Time to Run content via the iPhone and the Workout app, therefore offering a very straightforward experience through t… (read more)