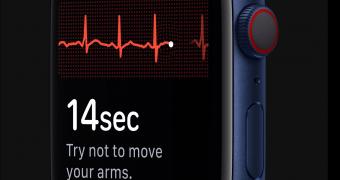 Apple will take the wraps off the new Apple Watch Series 7 as part of a dedicated event on Tuesday, but previous reports have indicated the company’s suppliers encountered various production issues and a delay in shipments might be possible.

But according to Ming-Chi Kuo, a very reliable Apple analyst, the delays are likely to be just minor, so the Apple Watch Series 7 will arrive on time according to the original schedule.

In other words, the device will be announced tomorrow, alongside the new-generation iPhone, and will then go on sale later this month. If anything, the available inventory might be a little constrained in late September, but given suppliers are now ramping out the production, more units should be in stock in October.

So by this time next month, everybody should be able to purchase an Apple Watch Series 7.

The new Apple Watch will come with a substantial design update, as the Cupertino-based tech giant is … (read more)