Apple Watch Series 7 to Come with a Massive Battery Upgrade 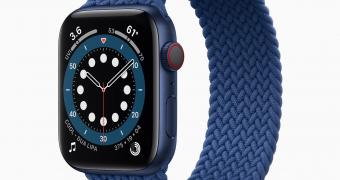 The Apple Watch Series 7 is projected to land the next fall with massive improvements, not only in terms of design, as the device could finally come with smaller bezels, but also as far as feature as concerned.

We’ve known for a while that Apple is currently working on things like blood glucose monitoring and a body temperature tracker, but according to various reports, these features may not make their way to this year’s Apple Watch.

And according to Apple analyst Ming-Chi Kuo, there’s a good reason this is unlikely to happen this year. And it all comes down to another area that Apple wants to improve on its smartwatch: the battery life.

As it turns out, Apple has made improving the battery life of the Apple Watch a priority this year, so instead of trying to bring new health capabilities to the Series 7, the company just wants to … (read more)