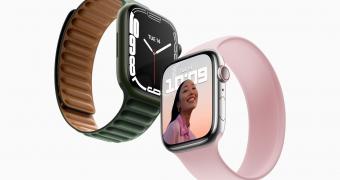 Apple has officially launched the pre-order program for the new Apple Watch Series 7, with the first units to be shipped the next Friday.

The Apple Watch Series 7 comes with little improvements, as the Cupertino-based tech giant has reportedly given up on a massive overhaul of the device at the very last minute.

People familiar with the matter (and with an excellent track on Apple scoops) said on several occasions that Apple was planning a major redesign of the Apple Watch that would include a move from the curved edges to straight sides inspired by the iPhone 12.

And this indeed the plan, only that Apple eventually abandoned this idea days before the launch because its suppliers have reportedly struggled with the design, with many units exhibiting all kinds of display issues.

So the new Apple Watch Series 7 comes down to a few subtle improvements here and there, including faster charging and a slightly larger display, as the device is now available in 41mm and 4… (read more)