Apple Watch Series 7 Could Launch with a Larger 45mm Version 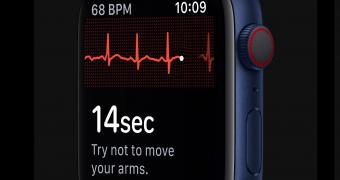 Apple is getting ready to launch its 2021 device lineup, and naturally, a new Apple Watch is also projected to see the daylight as soon as the next month.

The so-called Apple Watch Series 7 will obviously come with a series of upgrades under the hood, including a new processor and improved internals, but at the same time, it’ll also sport a new look with square edges inspired by the new-generation iPhones.

But according to tipster DuanRui, the Apple Watch will also feature a small visual upgrade that’ll be good news for those who want a larger smartwatch.

The new generation will be available in two sizes, namely 41mm and 45mm, and a photo published on Twitter confirms the latter. The current models are offered in 40mm and 44mm versions.

Of course, this isn’t necessarily a substantial change in dimensions, but on the other hand, given Apple plans to make the bezels smaller and offer straight … (read more)