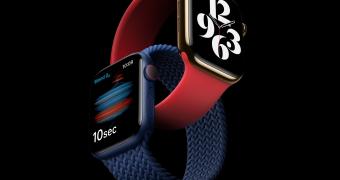 Apple has officially launched the Apple Watch Series 6, a new model of its smartwatch that comes with improved features and watchOS 7 pre-loaded.

While a new-generation model device is supposed to come with substantial improvements, the Apple Watch Series 6 isn’t such a massive upgrade over its predecessors.

The device looks very similar to the Apple Watch Series 4 and Series 5, so aesthetically, nothing has changed. The device continues to be available in two different sizes, namely 40mm and 44mm, and all models come with an always-on Retina display like the older models.

However, Apple says it has included brightness improvements on the new display.

In terms of performance, the Apple Watch Series 6 is equipped with the new S6 pro… (read more)