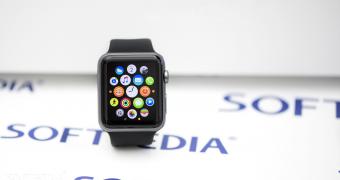 Apple’s September 15 event won’t bring us any iPhone announcements, but on the other hand, there’s plenty that the Cupertino-based tech giant will unveil at the digital show.

The Apple Watch series will get a major revamp this year, and Apple will unveil not one but two different smartwatches in an attempt to expand its sales to more price regions.

According to a recent leak, the new Apple Watch Series 6 will be the star of the show, as it’ll come with a new chip and plenty of new capabilities. For example, it’ll feature a blood oxygen sensor, an always-on altimeter, and a color.

No specifics have been provided on what this color is going to be, but there’s a chance Apple introduces this new finish to better distinguish the Series 6 from the previous generations, especially because the design will be largely the same as on the Series 5.