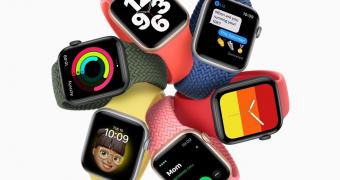 In addition to the highly anticipated Apple Watch Series 8, which will undoubtedly see the daylight in September, as per Apple’s typical calendar, the Cupertino-based tech giant is also working on another smartwatch unveiling for 2022.

It’s the new-generation Apple Watch SE, which will get a refresh later this year, and iDropNews claims the debut will happen in September as well.

But more importantly, the new Apple Watch SE is unlikely to come with massive design changes versus the model currently on the market and unveiled in 2020.

The company will launch two different models, 40mm and 44mm, and aluminum will probably be the only option for all buyers.

On the other hand, the new SE will come with massive upgrades under the hood, as the smartwatch will get a new chip – most li… (read more)