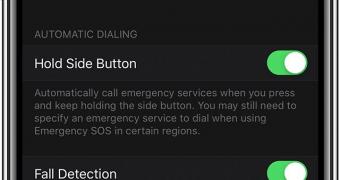 Apple launched the Apple Watch Series 4 with much fanfare at the September 12 event, as the company claims it has developed several innovative features, including here the EKG and fall detection.

But as it turns out, Apple has put a lot of effort into the marketing side of the new-generation Watch, as not only that EKG isn’t yet ready and only offered to Americans, but fall detection isn’t a flawless thing either.

Basically, what fall detection is supposed to do is detect whether you’ve fallen and offer to call emergency services for you. In theory, this could be a life-saving feature, but as many of those of pre-ordered the device found out, fall detection is turned off by default.

Apple has decided to keep this feature off for everyone younger than 65, and the company has buried this information deep into its support documents. So unless you read the entire manual or dig into the Apple Watch app, you might n… (read more)