Apple to Announce iPhone 12 on September 8, Second Event on October 27 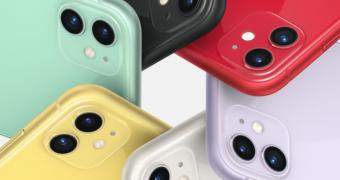 Apple typically takes the wraps off new iPhones in September, but the global health crisis has caused particular challenges for this year’s generation of devices, with some analysts claiming that a later than usual unveiling is more likely.

But according to information published on Twitter by @ihacktu, the iPhone 12 lineup is still expected to see daylight in September.

Worth emphasizing, however, is that while the device could be announced in September, this doesn’t necessarily mean that sales of all models in the range would begin the same month as well. Previously, people close to the matter said that at least one iPhone 12 model could hit the shelves at a later time.

Today’s alleged leak indicates that the iPhone 12 unveiling is set for September 8, the same day when Apple plans to introduce a new-generation Apple Watch, a new iPad, and even the AirPower. The l… (read more)