Apple, the New Samsung: Too Many iPhones Launching in 2020 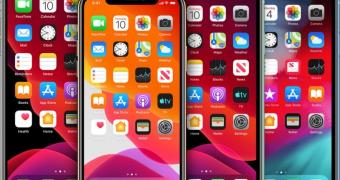 Apple could launch no less than six iPhone models this year, according to a new report, as the company is believed to be working on two separate LCD devices for the 2020 generation.

Originally, people close to the matter said Apple planned a five-model lineup for 2020 – one LCD model to launch as the second-generation iPhone SE and four OLED versions going live in the fall as part of the iPhone 12 series.

But according to a new report, the iPhone SE lineup might actually include two distinct models, bringing the total 2020 iPhone count to six.

In other words, the new-generation iPhone SE could come with two versions, albeit specifics on the differences between the two aren’t available for now. Digitimes writes that Chipbond Technology… (read more)