Apple Sued for Not Banning Telegram in the App Store 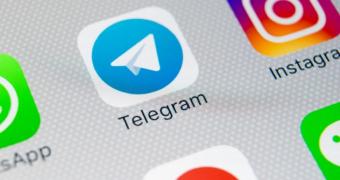 The Coalition for a Safer Web (CSW) has decided to file a lawsuit against Apple, claiming the company doesn’t want to remove Telegram from the App Store despite the app being used for various malicious purposes.

In a press release, CSW says it first reached out to Apple last July, asking the company to suspend Telegram and temporarily pull it from the App Store until updates would be implemented to moderate the content on the platform.

“Despite repeated efforts by CSW to obtain a response from Apple headquarters, neither Mr. Cook nor any of his representatives responded to CSW’s correspondence,” the organization explains.

Telegram should have the same fate as Parler, group says

CSW says its 2020 research on Telegram revealed the platform is being used for “hate, incitement, and extremism,” and now that Apple decided to ban Parler for pretty much the same reasons, the messaging service should have the same fate.