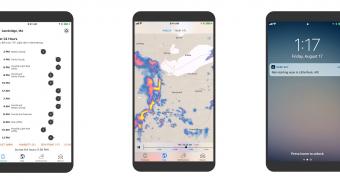 Apple took over weather app and service Dark Sky in March, announcing shortly after confirming the takeover that the app would go dark on Android in July.

And since July is already here, everybody expected Dark Sky to get the axe, but as it turns out, the app would just live on for one more month.

Apple has confirmed in an announcement that Dark Sky for Android would now be retired in August, albeit the company hasn’t provided any information on this change of plans.

“Service to existing users and subscribers of the Android app will now continue until August 1, 2020, at which point the app will be shut down. Subscribers who are active at that time will receive a full refund. Weather forecasts, maps, and embeds available on the Dark Sky website will also shut down on August 1, 2020,” the company said.

No changes for Apple users