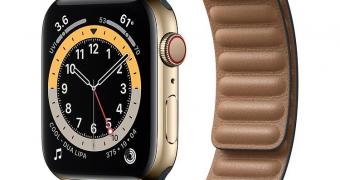 Apple has just released a new update for watchOS 7.0.2, and this time the new version comes with a highly anticipated fix for all supported Apple Watch models.

More specifically, the Cupertino-based tech giant explains in the release notes of today’s update that it includes a fix for the bug causing the battery to drain more quickly.

While I haven’t personally experienced this problem on my Apple Watch, there are plenty of users out there who claimed that the battery drops much faster than on watchOS 7, so the device has a hard time going for as much as 18 hours, as per the official Apple claimed battery life.

But on the other hand, what I experienced was a broken update system that forced me to reset the Appel Watch to install the latest OS versions, so hopefully, Apple would take care of these too.

In addition, the Cupertino-based tech giant has also resolved a bug that prevented some users from accessing the ECG app in regions where it’s already available.