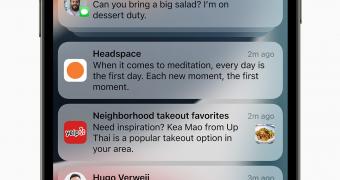 Apple has just released a new public beta of iOS 15, this time allowing everyone out there to try it out ahead of the highly anticipated debut of the stable version next month.

iOS 15 is the next big release for the iPhone operating system, and Apple is hard at work on ironing out the latest bugs, as the grand debut of this version is scheduled to take place in September, as per Apple’s typical release calendar.

The new iOS 15 public beta published today is essentially beta 5, and it is available for everyone participating in the testing program.

But just like before, it’s important to keep in mind that certain bugs might still exist in this version, despite public beta 5 theoretically coming with improved performance and other refinements.

iOS 15 due next month

Just as expected, iOS 15 will introduce plenty of new features, but one of the things I like the most is the new notification system coming to all iPhones out there.