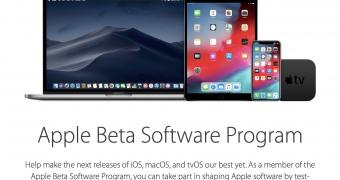 Of course, the iOS 12 public beta 9 release contains the same improvements and bug fixes as iOS 12 beta 11, and macOS Mojave 10.14 and tvOS 12 public beta 8 builds are based on corresponding beta 9 releases, which means that they can be installed by everyone, no matter if you’re an application developer or a regular … (read more)