Apple Releases First Public Beta of macOS Catalina, Here's How to Install It 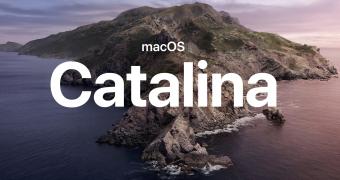 Apple released today the first public beta of its upcoming macOS Catalina 10.15 operating system for Mac computers to allow public beta testers to give it a try on their Macs and send feedback.

Announced earlier this month, macOS Catalina 10.15 is the next  major release of the macOS operating system featuring the new Apple Music, Apple TV, and Apple Podcasts apps, an all-new SideCar feature that lets you extend your Mac’s display to an iPad device as a secondary display, as well as new security features to increase the protection of your Mac.

macOS 10.15 Catalina also promises a Screen Time feature similar to the one on iOS, a unified Find My app to let you find your Mac, iPhone, or iPad, even if they’re offline, an enhanced Voice Control feature for users with disabilities to allow to them take full control of their … (read more)