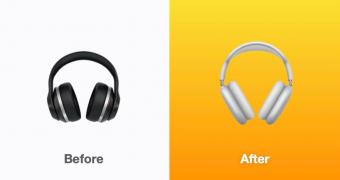 Apple has already shipped beta versions of iOS 14.5 to developers and public testers out there, and one of the biggest changes all these users can try out is a new pack of emoticons.

Because yes, emoji continues to be an essential part of the way we express in email and messaging apps, and Apple uses the upcoming iOS 14.5 to enhance them with new designs and smiley faces.

As noted by Emojipedia, Apple is adding new couples with a mix of skin tones, as well as three new smiley faces that are part of the update. There are also two new heart emoticons, namely heart on fire and mending heart.

While most emoticons are part of Emoji 13.1, Apple is also working on making the designs look more modern, and in some cases, to align the way they look with what its users actually expect.