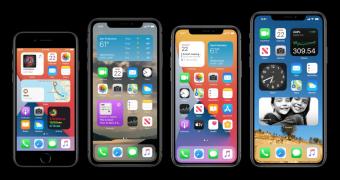 Apple has finally released the very first public beta of iOS 14, so anyone can download and give a try to the new iOS version coming to devices in September.

iOS 14 was announced last month at WWDC, and the first developer beta was shipped to registered testers shortly after the show, with the company announcing that a public testing build would go live for the rest of users in July.

This is the very first public beta released for iOS 14, and it goes without saying that the typical warnings related to experimental software are still standing. Don’t install this beta build unless you’re ready for bugs, as the purpose of the whole thing is to let you test the new operating system version before it’s released to production devices.

Apple itself warns that such beta builds shouldn’t be installed on iPhones that are used as daily drivers, and users participating in the testing program should send as much feedback as poss… (read more)