Home » News » Apple Is Bringing the Best of Microsoft Surface to MacBook, for Real This Time

Apple Is Bringing the Best of Microsoft Surface to MacBook, for Real This Time 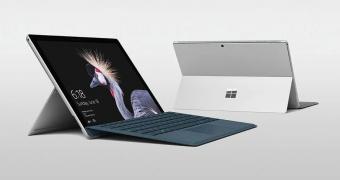 Back in 2012 when Microsoft pretty much invented the 2-in-1 category with the flop that the Surface RT turned out to be (not because of the hardware but due to the operating system powering it), Apple mocked the effort in a pretty unique way.

While discussing Microsoft’s efforts of building an operating system that was supposed to work with both mouse input and touch, Apple’s CEO Tim Cook laughed.

“You can converge a toaster and a refrigerator,” Cook said, but nobody would be impressed.

At some level, he was right. Windows 8 failed to get the love that Microsoft imagined when it developed the operating system, but the company didn’t give up and believed in its dream of building a Windows version for all types of input.

This long-term commitment eventually turned Windows 10 (and now Windows 11) into the perfect tablet companion, while the Surface lineup of devices, which combines both touch and keyboard and mouse input, is a leading product in the PC market.