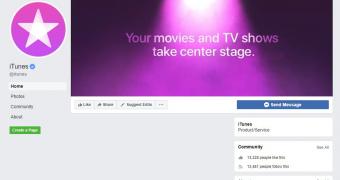 We’ve known for a while that Apple was planning to retire iTunes, but all we got were a bunch of rumors that the Cupertino-based tech giant never confirmed.

And now that a final announcement is expected this week, we’re seeing some moves on Apple’s side too, as the company has started the transition to the standalone apps that would replace iTunes.

As we told you before, Apple wants to break iTunes into pieces, so some of its features would be migrated to dedicated Movies, Podcasts, and TV apps.

By the looks of things, the transition from iTunes to these apps is already under way, with MacRumors noting that Apple removed the content from the Facebook account of iTunes and moving posts to the <a href="https://www.facebook.com… (read more)