Apple Could Give Up on Qualcomm Modems on 2023 iPhone 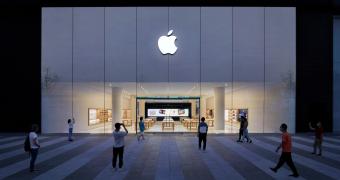 We’ve known for a while that Apple has been working around the clock on reducing reliance on other companies, and now the iPhone maker is getting closer to one of its top ambitions in the long term.

A report from Digitimes reveals that Apple is working around the clock on preparing a modem for the iPhone 13, which in the long term means the company would give up on Qualcomm modems.

This wouldn’t just happen overnight though, with Apple expected to debut its very own modem in approximately two years. So as a result, the first iPhone to be powered by an in-house modem will be the 2023 generation, though the timing of the launch could obviously change overnight if something doesn’t go as planned.

Interestingly, Apple is planning to use a rather unusual approach, and instead of integrating the modem into its existing chip design, it wants the upcoming solution to b… (read more)