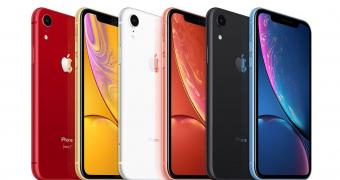 If you’re in the United Kingdom and your iPhone XR loses signal all of a sudden, you’re not alone.

Apple has just confirmed that a number of iPhone XR units on O2 experience lost signal issues, with the problem affecting not only calls, but also 4G Internet connections.

It goes without saying that due to this problem affected devices can no longer initiate and receive calls or connect to the Internet either for browsing or in apps.

A report from the BBC reveals that the problem is so severe that some iPhone XR owners encounter it several times every day. O2 says a device reboot could help, but it’s not a permanent fix, as the signal is again lost shortly after booting back to iOS.

A bug fix is already on the way to O2 customers

Both O2 and Apple acknowledged the problem and said they are already working on a fix. An ETA, however, isn’t available just yet, but the next iOS update is lik… (read more)