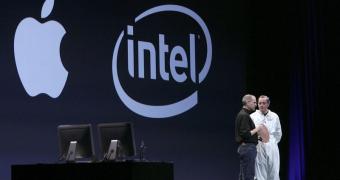 Apple is reportedly in advanced talks to take over Intel’s smartphone modem business for approximately $1 billion, with an official announcement in this regard expected as soon as the next week.

A report from the WSJ reveals that talks on a potential deal started many months ago when Apple was still involved in a legal war against San Diego-based chipmaker Qualcomm.

Apple eventually settled the dispute with Qualcomm and negotiations over buying Intel’s smartphone modem unit got suspended. Intel also announced it would exit the smartphone modem business, with Apple to use Qualcomm chips for its future-generation iPhones.

The cited source reveals that Intel reached out to Apple to resume talks shortly after the Cupertino-based tech giant settled its lawsuit with Qualcomm, and the negotiations have since progressed substantially.